Airtable ‘Gets’ Artsy, and That’s Why It’s Low-Key Big | CRM.org

Airtable ‘Gets’ Artsy, and That’s Why It’s Low-Key Big

Launched in 2012, Airtable is a CRM on the up-and-up. It’s now used by billion-dollar giants Tesla and WeWork, Time magazine, and countless Silicon Valley startups. Art discovery platform Artsy swears by it.

In 2018, $52 million of fresh investment capital was added to the company war chest. How has Airtable managed to rise so fast and find appeal with such a motley crew of businesses? 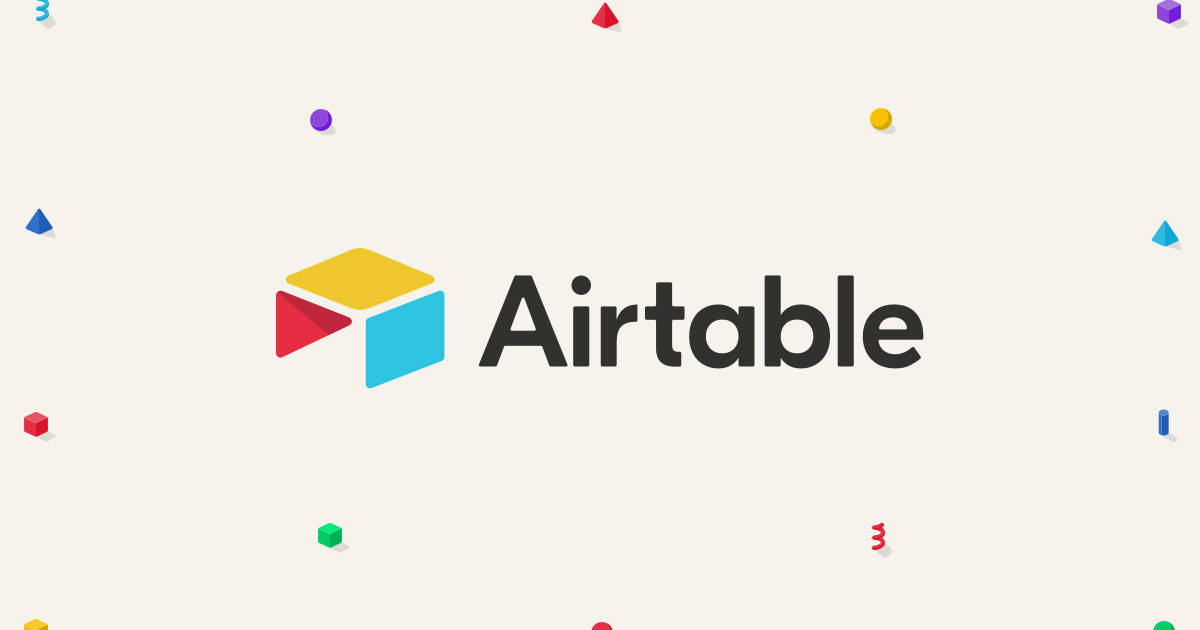 What is Airtable, and how did it quietly disrupt spreadsheet software? (Hint: Good DesignTM)

Airtable was started by CEO Howie Liu, who looked around and realized that spreadsheet software was generally kind of, well, lacking. The tool Liu and his team subsequently came up with is certainly still spreadsheet software, but it bears little resemblance to old players in the game like Excel.

At heart, Airtable has the same tried-and-true basic functionality - helping users organize data - but it does it in a nicer, more human way.

Billed as an all-in-one collaboration platform, Airtable’s basic spreadsheet DNA spills over into general CRM functionality. This makes it a viable choice for teams who need a blend of analytic, organizational, and communications features.

Probably the main reason people love Airtable is the fact its software puts a premium on creativity and personalization. 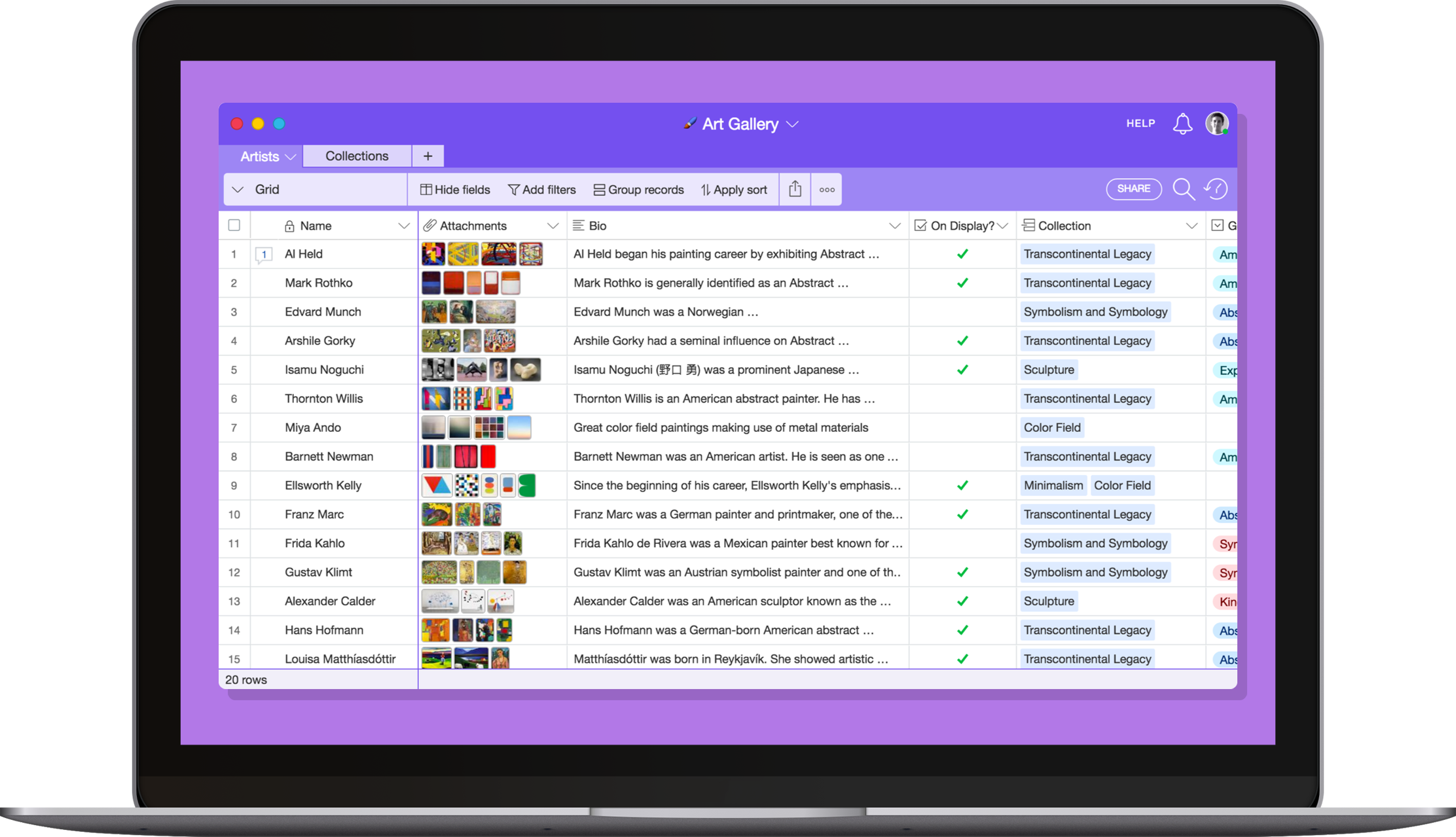 To begin with, it’s Cloud-based, so it’s agile and accessible across devices. Layout and workflow can be endlessly tweaked and customized. Instead of just text and numbers, tables can be filled with lists, photos, and more.

Long texts with multiple paragraphs can be pasted into a cell without looking wonky. You can also create custom applications that fit your precise needs without needing to know a single line of coding language. This is accomplished with Airtable’s Blocks feature, which also gives you the option of adding in complex elements like maps, geocodes, charts, and timelines.

Airtable is very flexible, dare I say breezy. Possibly best seen in the incredibly varied ways people are using it: for Tesla, Airtable is the primary engine for identifying and tracking vehicles leaving its factories, while news magazine Time uses it to organize all of its production schedules.

You can also use Airtable to do less massively important, millions-of-dollars-at-stake things too. Such as, organizing your personal contacts.

The design is great, with an intuitive layout and a clean, pleasing art direction. Built to appeal to real humans at work, Airtable seems poised to do for spreadsheet what the touchscreen revolution did for mobile phones. 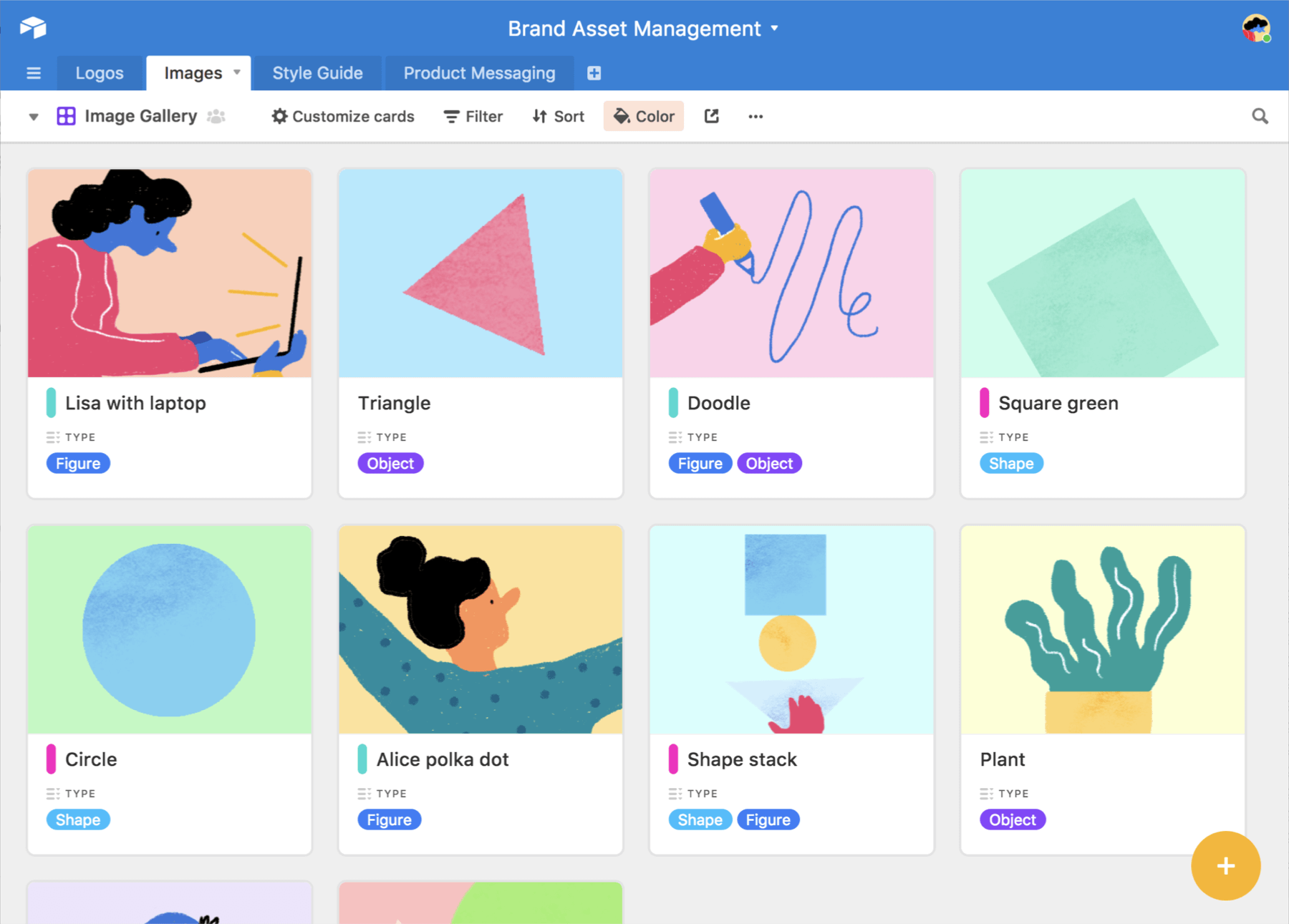 Perhaps one of the most compelling things about Airtable is the way it can cut down on workplace micromanagement.

Studies of workplace turnover show that people often leave their boss, not their job. Case in point: reading that last sentence, a half-repressed memory of a vengeful middle manager probably popped into your head - my condolences, we’ve pretty much all been there.

Used as a collaborative CRM, Airtable promises to dramatically cut down the number of fuzzy-border human interactions.

In a way, this is one big step towards the future of work, letting us finally ditch the 19th century-vintage hierarchy that organizes most offices and provides fertile breeding ground for micro-aggressions.

Airtable synchronizes everyone’s workflow, so when a team member changes a schedule or a plan, everyone who needs to know gets alerted instantly.

The net impact is that verbal reminders, email follow-ups, and fascinating passive-aggressive Post-It prompts become a thing of the past. No more blue tomorrows.

A great case for this above scenario actually coming to pass is seen with Artsy’s use of Airtable for editorial team management.

I probably don’t need to tell you this, but art people have disliked corporate-seeming things since before recorded history. If those same people have begun to embrace Airtable, the software indeed must be doing something very, very right.

Airtable is the best CRM for Artsy

The stated mission of Artsy is to give the public free access to art education and democratize high culture. In their view, it’s time the art canon left the exclusive domain of elite institutions and collectors and became available to anyone with an internet connection. It’s a sentiment that echoes the quiet revolution taking place in higher education more generally, as Coursera, MIT, and others disrupt the college system, starting to knock down long-standing social, economic, and geographic barriers to higher learning.

Similarly, Artsy gives access to the history of art and work by contemporary artists with its extensive catalog, easy access to art auctions, art gallery connections, and online editorial. 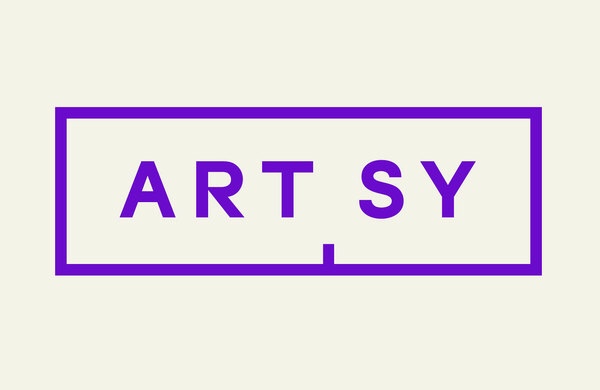 Artsy also sells artwork in its giant marketplace, putting original pieces by Pablo Picasso, Andy Warhol, and countless other greats within the layperson’s reach. Well, provided they have a few spare bucks lying around.

So why would a platform like this want to use a CRM, and why Airtable?

Well, what Airtable does is allow Artsy’s editorial team members to stay in their lane, doing the writing and editing they’re good at. Nefarious tasks like scheduling and management of production pipeline are automatically overseen in the background.

Team members automatically get updated when one person makes changes in Airtable, avoiding the messy business of aligning constantly across several platforms.

Another consequence: there’s less need for all-hands meetings. And so, as production deadlines loom, editors can concentrate on having that French continental philosophy quote just so, dotting the i’s and crossing the t’s while Airtable hums along in the background.

Verdict: the Airtable CRM platform is definitely for humans

The broad popularity of Airtable might be a good indication of how mind-bogglingly different our world is, even compared to a decade ago. Techies in Silicon Valley are digging on the same software as arty beatniks, cats and dogs are living together. It’s some weird, wild stuff.

The main takeaway here is that an adaptable CRM like Airtable is potentially useful to pretty much everyone. Reducing human oversight coaxes people to work independently. Having all your eggs in one Cloud-based, endlessly irreproducible productivity basket offers a great investment in time-saving and streamlining.

Like the trestle desk you might be sitting at right now, Airtable is a moveable beast, an intangible asset in the quest for work-life mastery.

LunaPic: Why Is This Retro Photo Editor a Thing?