Evie Gets People Together With a Human Touch | CRM.org

Evie Gets People Together With a Human Touch

The 20th century called, it wants its opinions back

Is having a personal assistant necessarily a mark of success? Is it only reserved for those execs who’ve managed to work their way up the corporate ladder enough to shirk off their admin and enjoy a little butt-kissing while they’re at it?

Answer: No! (Unless your brand new Motorola or Nokia just short-circuited and blasted you through time to our present-day). 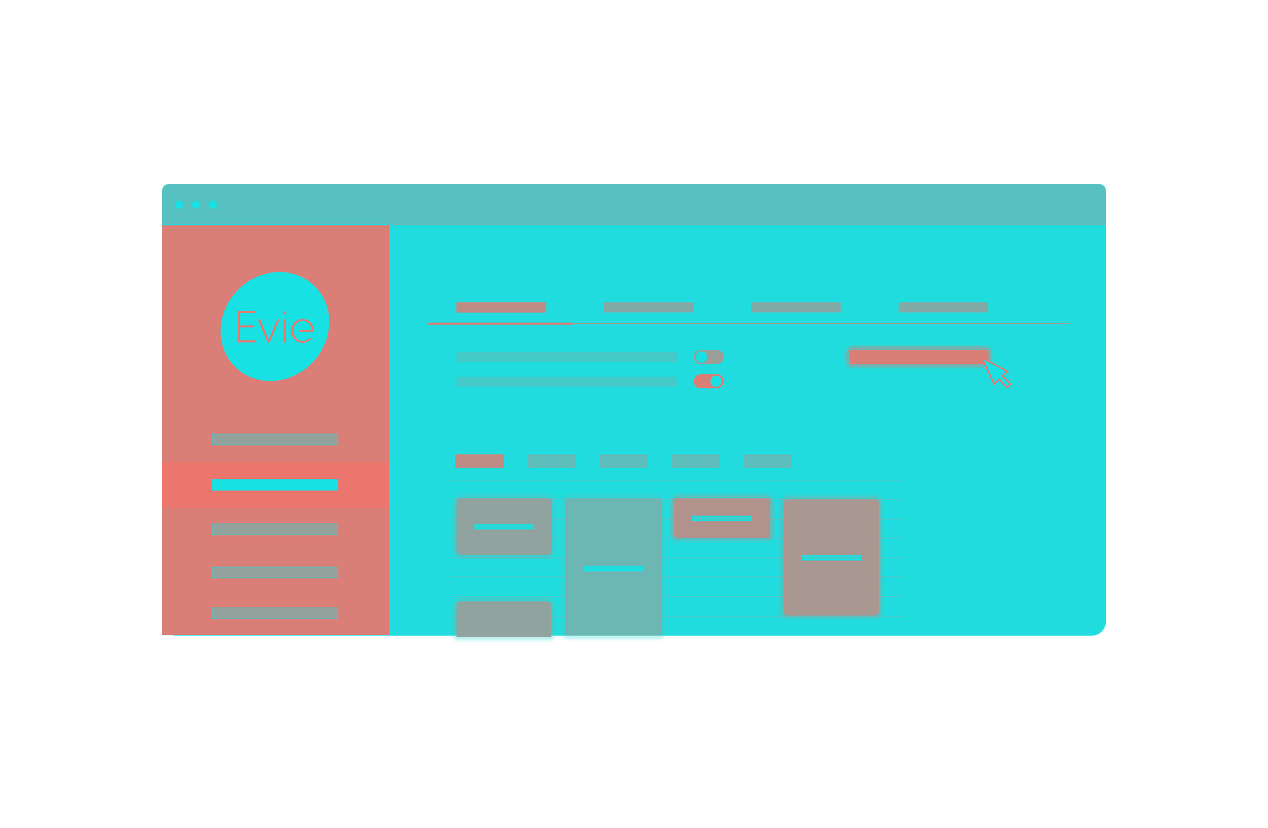 For those fully ensconced in the 21st-century work world, personal assistants can be a reality for everyone...if only one can get over assistants not existing on the corporeal plane.

A great rival to homo assistantus is Evie. She is affordable and simple enough for every rung on the corporate ladder—let alone for SMEs, startups and solo entrepreneurs.

Evie is an AI-powered scheduling assistant that you communicate with via email just like a human. “She” then takes care of arranging times, places and confirming all the details with every attendee in “her” human-like style of email communication. 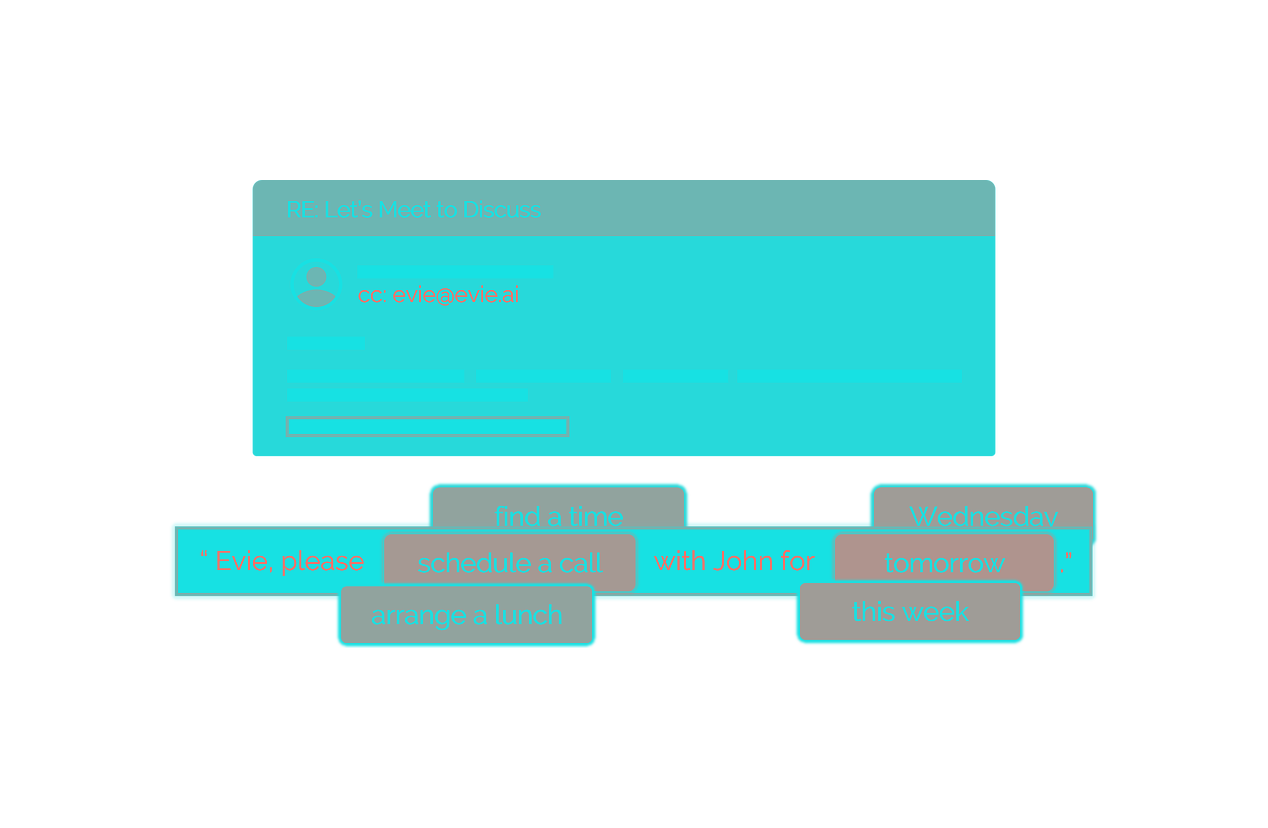 That’s right, despite being a bot, you’d almost believe Evie had real emotional intelligence…and at an affordable price too.

For Evie’s CTO, Lee Jin Hian, the point “was to create a virtual assistant that could service ‘the other 99%’, those who cannot afford the heavy salaries of a real personal assistant.”

So Evie was born: affordable without sacrificing the humanity! 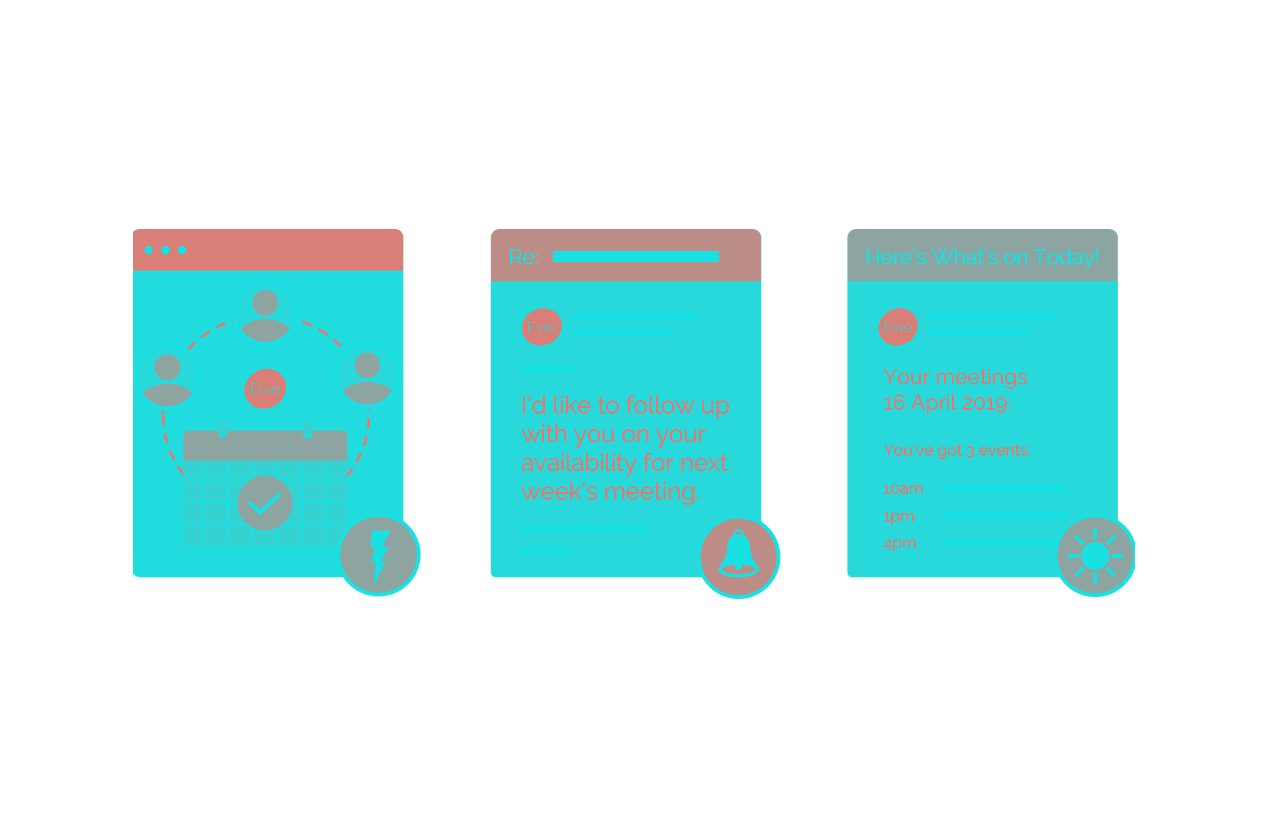 So Evie, what do you do?

Evie gets everyone on the same page when it comes to organizing get-togethers of all sorts, with the aim of freeing people up from timely back-and-forth communiqués. This is especially helpful when dealing with people in different locations, across time zones, and with varied work schedules.

As mentioned before, Evie exists as an email contact, and when you write her, you use totally natural language (NLP), as if you’re dealing with a real person. As in: “Hey Evie, set a meeting up with the sales team later this week when it works for everybody.”

While all three share something in common—getting folks together—Evie does have some useful unique features for each.

If setting up a meeting started with you sending an email, then you’d likely CC your assistant (if you had one).

When you CC Evie in any email that’s pertaining to a meeting, then what you do is include something in the message like:

Evie then emails everyone else CC’d with suggested times, taking into account time zone differences, even daylight saving time.

She then collects the responses, chooses the best time, and sends out confirmations. Those that don’t confirm back the time and place will be sent friendly reminders.

If everyone is using Evie and has their location saved on their profile, then Evie can suggest a place for the meeting. If not, she’ll do it as long as you or someone else in the email lets her know where everybody is.

If anyone needs to make a change, they just write Evie in an email, and she’ll sort it out and send updated confirmations. Finally, she’ll send reminders on the event’s day. 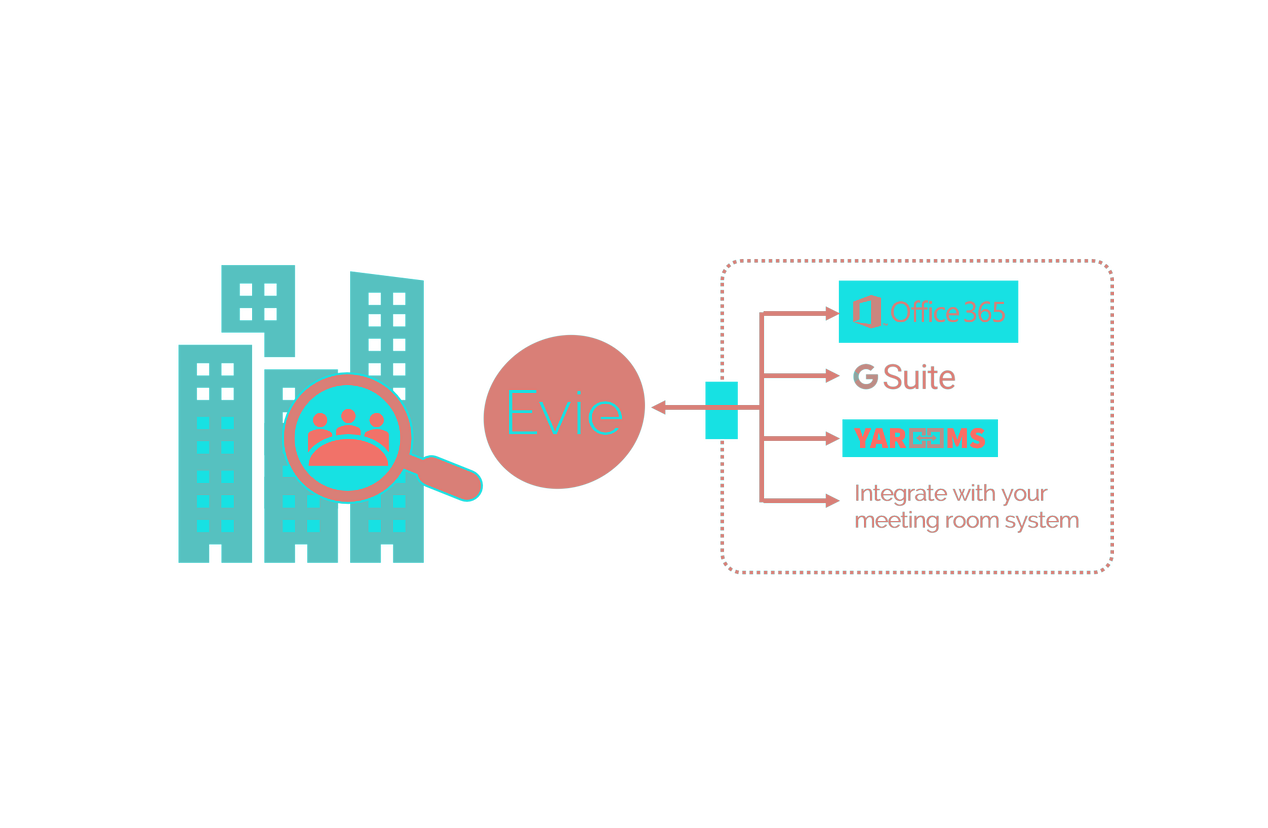 Evie has a cool feature called Bridge Scheduling. It relays communication between the recruiter, applicant, and HR so as to protect the HR rep and the company’s privacy from the applicant during the recruitment stage.

At no point do the parties have direct communication, which is important if the applicant does not end up being offered a position.

You can also give Evie a voice to match your company’s by creating templates for her emails however you like, from:

Also, Evie can handle sending out any documents or files as attachments.

To be the super congenial assistant she is, Evie integrates nicely with other human resource management software (HRMS), like SAP SuccessFactors and Workday.

Setting something up with a prospect or lead functions in much of the same way as the Scheduling module: Write Evie an email letting her know whom you want to contact, about what, and why.

Let’s say you ask Evie to write a handful of leads asking if they’d come in to visit your operations.

Firstly, you’d customize your profile letting Evie know all the times that are best for you, and how long each visit should last, and how much buffer time she should leave between visits. For off-premise meetings, you could also let her know your location and preferred spots.

Evie will send out the email, possibly within the voice you’ve customized, or with her own pleasant phrases. She can even send follow-up emails to unresponsive leads if you like.

Evie can send you a good morning email with all your scheduled events, meetings and calls, as well as let you see them all in your inbox or calendar.

Sales and other integrations

Keeping track of all past and upcoming meetings and calls with leads and customers is a big part of customer relationship management.

Evie syncs up with all the major CRMs, like Pipedrive, Zoho, HubSpot, and Salesforce.

What’s more, there’s a new integration for Slack, where instead of writing to Evie as a contact in your email, you chat with her as /evie, and from there ask her to set up meets and contact leads.

Just scour the web for some user reviews of Evie and you’re bound to come across some comments like these:

The client came in for the meeting and asked if they could say hi to Evie. I had to explain that it was a bot.

People were congratulating me, assuming I had gotten a promotion because I had a real assistant. That was Evie!

Before learning that Evie was just an AI-powered assistant, some of my contacts continued exchanging pleasant emails with it.

This is the kind of human-to-bot value you can expect with Evie, which true to Lee Jin Hian’s promise, is affordable to anyone at $10 a month per user (paid annually).

You can hardly afford not to have an assistant these days. Why not get one as simple and sweet as Evie?