Lost in Automation? The Meaning of Translation in the Digital Age | CRM.org

Lost in Automation? The Meaning of Translation in the Digital Age

In an increasingly globalized world, the necessity communicate effectively and to overcome language barriers has lead to a significant growth of international demand for translation. The rapid development of technology and the popularization of machine translation systems have redefined the industry and have brought about an entirely new way of thinking about the role of translators. Could automated translation tools eventually take away the need for human translators? 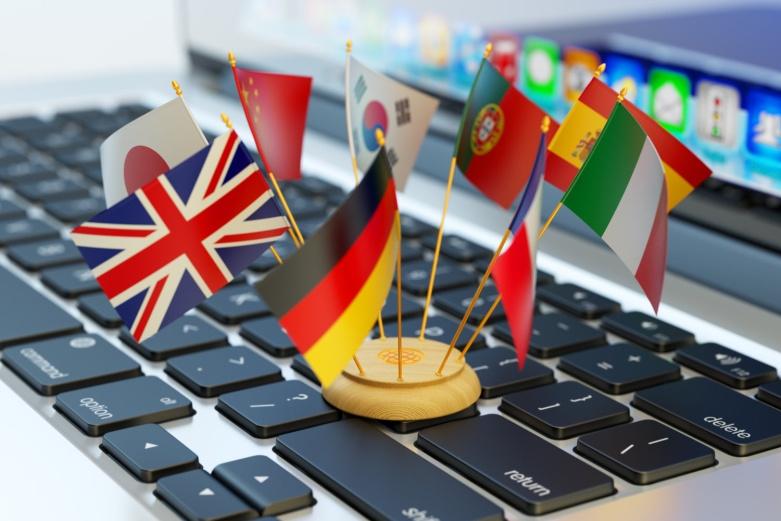 As a result of globalization, working with international partners and customers is more important than ever for businesses. Although English is widely spoken, many individuals for whom it is not a first language prefer to read about products and services or work in their native tongue. A study from Common Sense Advisory based on a survey of 3000 online consumers worldwide found that 75% of them prefer to buy products in their native language. Translation is therefore critically important to any company wanting to expand globally.

It is also vital for politicians to communicate effectively with their counterparts around the world. The influence exerted by political groups or institutions to shape public opinion and gain support is mainly a result of language use. In today's multicultural and multilingual societies, effective interaction with the people can be achieved through high quality translation.

Because of the laboriousness of the translation process, efforts have been made to automate this task or to mechanically assist human translators since the 1940s. Advances in artificial intelligence and computer science are currently prompting significant growth in the efficiency of machine translation.

The rise of the Internet has also fostered a world-wide market for translation services. With the advent of numerous online translation tools, anyone can now easily understand a short text in a foreign language with just a few clicks. Major tech companies are creating increasingly sophisticated translation systems. 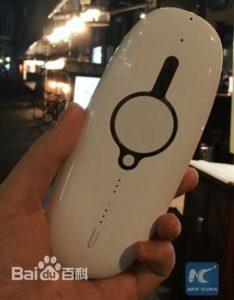 The gadget is currently being leased at airports and travel agencies in China, with the immediate goal of translating Chinese, Japanese and English in real time. Baidu will add more languages when the product becomes ready for sale to the public. This could represent significant opportunities for international business and tourism.

Many enterprises have worked on the ability to translate languages in real time, but Baidu is the first to make the technology a reality. To achieve this, the company used deep-learning neural networks. This model consists in a powerful set of programming techniques that enable computers to learn from observational data.

Deep-learning systems employ multiple layers of simple elements that are interconnected like those in the human brain. Information is sent to different layers to be processed before output. With their ability to use algorithms to learn linguistic rules on their own, these systems can achieve state-of-the-art accuracy. They are currently considered as the most sophisticated machine translation method, and have gained a lot of popularity in recent years.

The statistical method uses predictive algorithms to teach a computer how to translate text. These formulas are created from parallel bilingual segments and used to guess the most probable result, based on different examples.

Because neural networks operate faster and create higher quality output, it can be assumed that the adoption of this method by major companies represents a big step towards better machine translation quality. Neural machine translation is considered by many to be the way of the future, and it will most probably continue to advance in its capabilities.

Internet and tech giant Google started using deep-learning neural networks in 2016 to optimize its famous application Google Translate. The company states that this new system reduces errors by an average of 60 % compared to its previous statistical translation paradigm. The application can now translate complete sentences without distorting their meaning, and can understand certain levels of context. 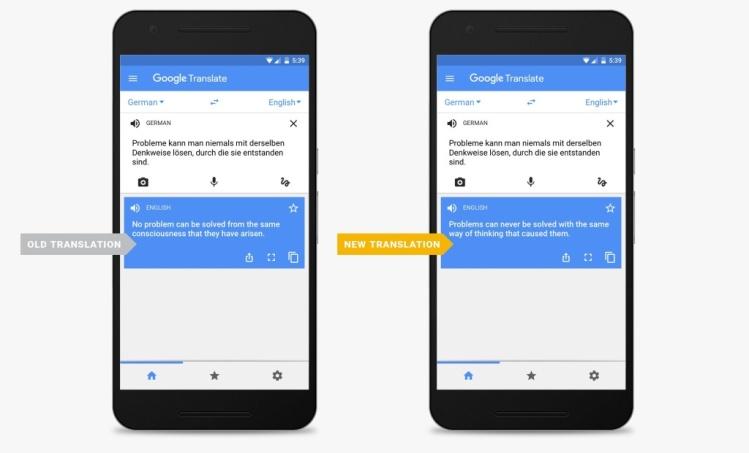 Google used that innovative method to design its own real-time translation feature. The Pixel Earbuds are wireless headphones that can support live translation between 40 languages. When paired with the Google Pixel 2 phone, the earbuds can give access to the Google Translate application with the touch of a button or by speaking a prompting phrase like “Help me speak German.”

During the demonstration in October 2017, a Swedish-speaking employee used the Pixel buds and the Pixel phone to have a conversation with an English speaker. When the phone was addressed in English, the earbuds translated the phrase into Swedish in her ears. She could then speak back in Swedish and summon Google Assistant to translate her reply into English. The English phrase was played through the phone's speakers so her interlocutor could hear. 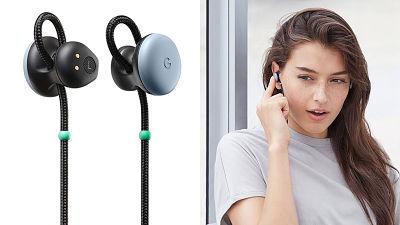 Such innovations in computer-assisted translation represent major opportunities to respond to the growing demand for translation services.

A significant advantage of machine translation is the high speed with which results can be carried out. While the average human linguist can translate around 2000 words a day, computers can generate thousands of words each minute. People who want to get a general idea of the content of certain texts in a foreign language, such as when surfing the web, often appreciate the translation programs of the search engine they are using.

Translation software can be extremely useful for major brands and companies looking to enhance collaboration between countries and reach a global customer base at lower costs. The instant results provided by these tools are highly convenient when travelling abroad. Tourists can easily manage the practical aspects of booking accommodation, reading road signs or understanding a restaurant menu.

Given the flexibility and ambiguity of human language, translation is probably one of the most challenging artificial intelligence tasks. Recent innovations by huge companies like Baidu and Google are therefore very impressive. However, machine translation may not have mastered all the nuances and intricacies of human speech yet.

The ideal scenario for artificial intelligence is a process with fixed rules and clear-cut measures of success or failure. For example, computers can beat humans at chess because of the game's clearly defined rules and limited set of moves. Language does not possess such clearly established rules, and conversations can go in an unlimited number of different directions.

Translation requires more than a word-for-word recognition and good knowledge of two languages. To render a phrase accurately, a translator must recreate word combinations, sentences and grammar to ensure the translated work has the reflective impact of the original text or speech. Automated systems cannot successfully articulate these tasks yet.

The context in which a word is used is extremely important, as a single word may have several different meanings in one language. For example, Oxford Dictionary lexicographer Peter Gilliver states that the English word “run” has 645 distinct meanings in its verb-form alone. While context is embedded into the human mind, it is doubtful that any automated device could learn so many meanings and translate to another language accordingly.

Diverse situational and circumstantial factors can influence the meaning of a piece of writing. These factors may pertain to the writer's social, political and economical environment, or to their culture at large. Conventions, values and ideologies can differ from one society to another, and should also be considered as part of the context in which a text was written.

Translating consists in interpreting not only an idea but also a feeling. Although computers can learn with highly sophisticated neural networks, it is presumably near impossible for automated devices to generate an understanding of intangible concepts like human emotions. For this reason, computer-generated translations may appear lifeless and lose the intended message.

While machines can be accurate when translating word-for-word, or in some recent cases, phrase-for-phrase, they only take into account the verbal aspect of communication. However, recent studies suggest that more than 50% of human communication is nonverbal.

This marks a huge proportion of conversation that cannot be read by technology. This hidden part of human speech can be found in body language, facial expressions and tone. These concepts are not concrete enough to be interpreted by computers. For example, automatic devices are less likely to pick up on humor and sarcasm, which can result into far too literal translations. Professional translators can easily analyze these slight changes and provide a more accurate rendition.

Translators who have spent years learning a foreign language have also studied native speakers' historical and cultural backgrounds. This enables them to provide a much more personalized work. Knowledge about specific cultural features allows translators to make their rendition much more accessible for their target audience.

Professional translators are also sensitive to particular cultural references, namely lexical sub-fields such as proper names or geographical terms. They will find ways to make such phrases more comprehensible and relevant for their target audience.

Relying solely on machine translation can result in important errors. While it is human nature to make mistakes, professional linguists will be able to identify and address inaccuracies. Automated systems are still not powerful enough to have that judgment capacity.

One of the most famous machine translation failure stories is about a Chinese restaurant that decided to provide a sign in English as well as one in Chinese. The Chinese sign said “Dining Hall” in Chinese characters, while the English sign said “Translate Server Error. ” 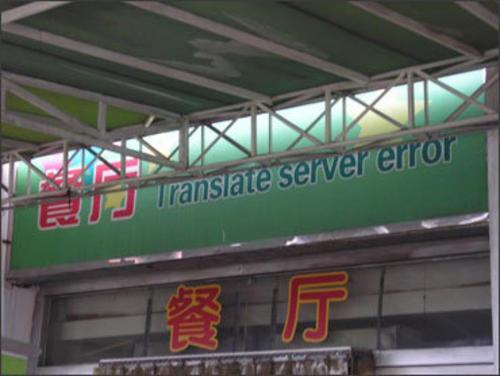 This kind of situation can be amusing, and, in this specific case, it probably gave the restaurant global publicity. However, machine translation failure can lead to significant problems in the professional world, such as damaged reputation and loss of customers. In extreme cases, it could even result in legal action.

Both the automated systems and the human linguists had to translate English articles into Korean and vice versa. The work was evaluated by two independent professional translators. The human group produced drastically more accurate translations, scoring an average of 25 out of 30 on their Korean-to-English renditions. Software programs performed the same task much faster, but obtained scores between 10 and 15.

The organizers explained that machine programs seemed to have difficulty comprehending the context of what they were translating, and that 90 percent of automatically translated texts were “grammatically awkward.”

While these results do not constitute irrefutable proof of the superiority of human translation, they give a good idea of what current technology allows for. It appears obvious that professional translators can still provide better results than computers.

Since machine translation on its own is not sophisticated enough to replicate human language, one of the best solutions to provide high quality renditions in a short time while reducing costs could possibly be a machine/human collaboration. This could consist in running texts through translation programs and having the resulting copy post-edited by professional linguists.

Machine translation has come a long way over the past few years, to the point where professionals worldwide use online translation services to help with foreign language on a regular basis. Though computer-assisted translation has the benefits of quickly generating content at a low cost, this technology is still under development and its output is not in its final useable form yet. For the time being, thorough and accurate translation still require a human touch.