The Future of Employment in an Automated World | CRM.org

The Future of Employment in an Automated World

As artificial intelligence becomes increasingly sophisticated, its potential impacts on workers raise important concerns in the American population. Technological advances are meant to make life easier, but how will they affect the job market?

Unemployment has been an important area of concern for American workers over the past decades. Recent economic and social changes have particularly affected manufacturing and manual labor sectors, and have resulted in massive job losses. Between the years 2000 and 2016, the United States lost five million manufacturing jobs. 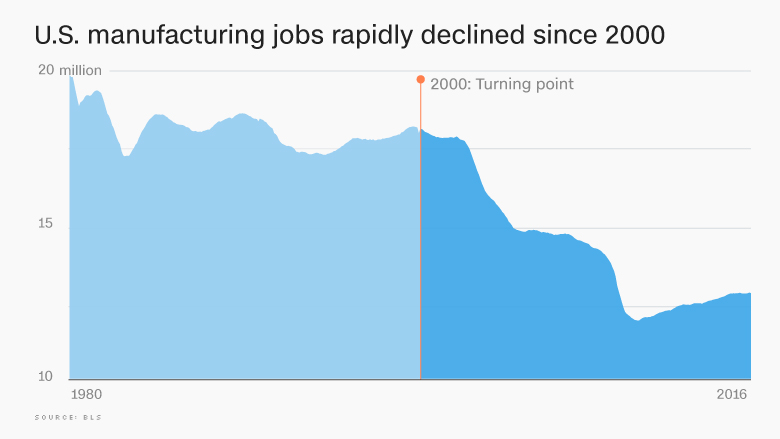 During his 2016 campaign, Donald Trump pledged to stand up for the working class, and many political analysts largely credit his victory to his promise of restoring blue-collar jobs.

Automation: A Threat to Employment?

While the Trump administration mostly blames the loss of jobs in the United States on immigration and poor trade deals, many Americans see automation as the main cause of unemployment. A large number of people worry about rapid advances in technology and fear that they might lose their jobs as a result of workforce mechanization.

In January 2018, South Korean giant LG Electronics introduced a line of three robots specifically designed for commercial use at hotels, airports and supermarkets. The first robot can deliver meals and drinks to guests at hotels and airport lounges. With its built-in sliding tray, it delivers food and refreshments to customers quickly and efficiently.

LG's second robot is designed to deliver luggage to guests' rooms. It can also provide express check-in and check-out service, allowing busy customers to check out and have their suitcases delivered to their car in a record time. The third one can help customers in supermarkets, guiding them through the aisles and telling them the price of products.

These devices are not on general sale yet, but LG is currently trialling them at Seoul’s Incheon International Airport.

With this technological upgrade, the company can now make and deliver 372 pizzas an hour.  The pizzas are cooked during delivery in a van equipped with robots and automated ovens, timed to be ready shortly before arrival at the address.

By using artificial intelligence to analyze their customers' data, Zume employees can also predict which pizzas will be popular in certain neighborhoods at specific times, so the van can be preloaded and ready to serve. 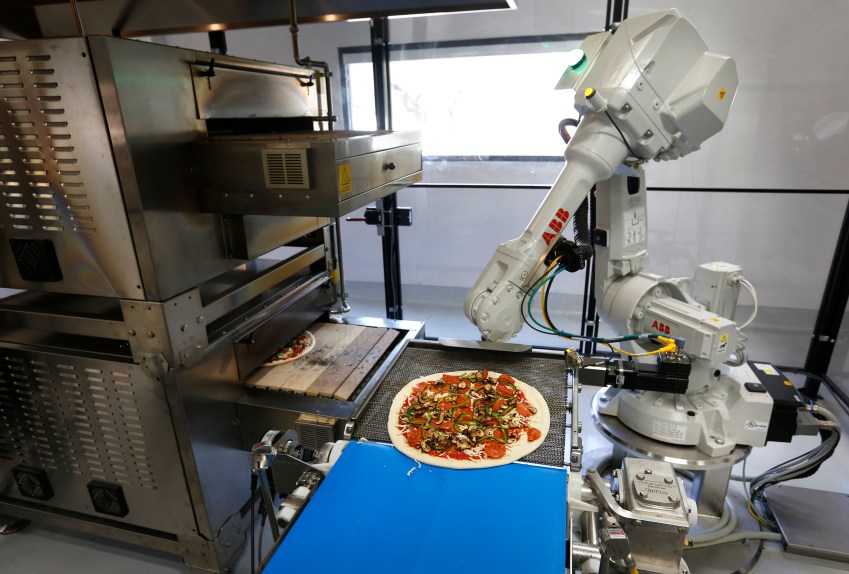 The system, created by multinational IBM, possesses cognitive technology that enables it to analyse and interpret data very quickly. New computers can calculate how much policyholders should be paid out, a task that used to be performed by the company's staff.

The use of artificial intelligence drastically reduces the time needed to calculate Fukoku Mutual's payouts, and the firm's owners expect their productivity to grow by 30% over the next year.

New technologies are often introduced in workplaces to facilitate employees' tasks, with the purpose of ultimately increasing efficiency. Many companies claim that having robots perform repetitive tasks give human employees more opportunities to do high-skill, creative work.

It is possible to think that the very presence of automated devices affects the pace of work and the general atmosphere. For example, new systems implemented in warehouses to electronically monitor the speed of employees' picking and packing exerts significant pressure on staff members.

These tracking devices do not weigh in variables to which actual humans are prone, such as getting hungry, needing to rest or being sick. The imposed pace can completely dehumanize work patterns. In addition to experiencing stress, workers can start feeling like robots themselves.

The increased efficiency and reduced costs achieved by robotic devices can create uncertainty regarding the labor market in a society focused on productivity.

Martin Ford, futurist and founder of a Silicon Valley-based software development firm, thinks that artificial intelligence and robotics will have a devastating effect on the economy over the next 10 years.  In his book Rise of the Robots: Technology and the Threat of a Jobless Future, he explains that increased automation will most likely lead to “massive unemployment, soaring inequality, and, ultimately, falling demand for goods and services as consumers increasingly lack the purchasing power necessary to continue driving economic growth.” 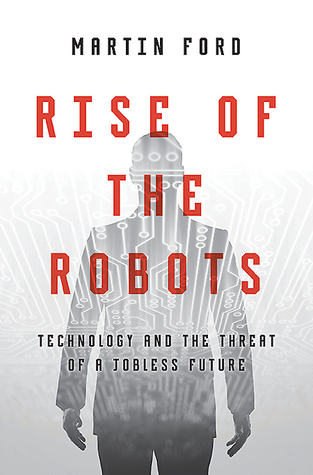 It can be logically assumed that computers, robotics and artificial intelligence reduce the  need for physical laborers. Since technology is constantly evolving, this trend will most likely continue. Businesses will always look for ways to become more productive, even if that means replacing men with machines.

A Northeastern University/Gallup poll released in March 2018 found that 58 percent of Americans see automation and artificial intelligence as a bigger threat to jobs than offshoring and immigration over the next decade.

The survey, conducted between September 15 and October 10, 2017, asked Americans to choose which they thought was the greater threat to jobs over the next 10 years : offshoring and immigration, or new technology, artificial intelligence and automation. The question defined offshoring as the practice of moving companies overseas.

The data shows that Americans are largely positive about the impact automation will have on their lives, but that they also expect it to cost jobs.  Roughly  73% of participants in fact predict that artificial intelligence will take away more jobs than it creates over the next decade. This illustrates the full extent of the generalized unease over technological advancements.

A post-election analysis from FiveThirtyEight even revealed that one of the best predictors of whether or not a county voted for Trump was its proportion of jobs that are easily automated. Areas with a high percentage of jobs threatened by artificial intelligence voted in significant numbers for Trump.

Automation : The Key to More Jobs?

Several analysts think that mechanization and computerization could rather have a positive impact on the employment rate.

Predictions that automation will make human workers redundant  have been made before, going back to the Industrial Revolution. A 2016 analysis from The Economist  explains that subsequent outbreaks  of concern occurred in the 1920s, the 1930s and 1940s, with workers claiming that machines and steam engines would take away their jobs. 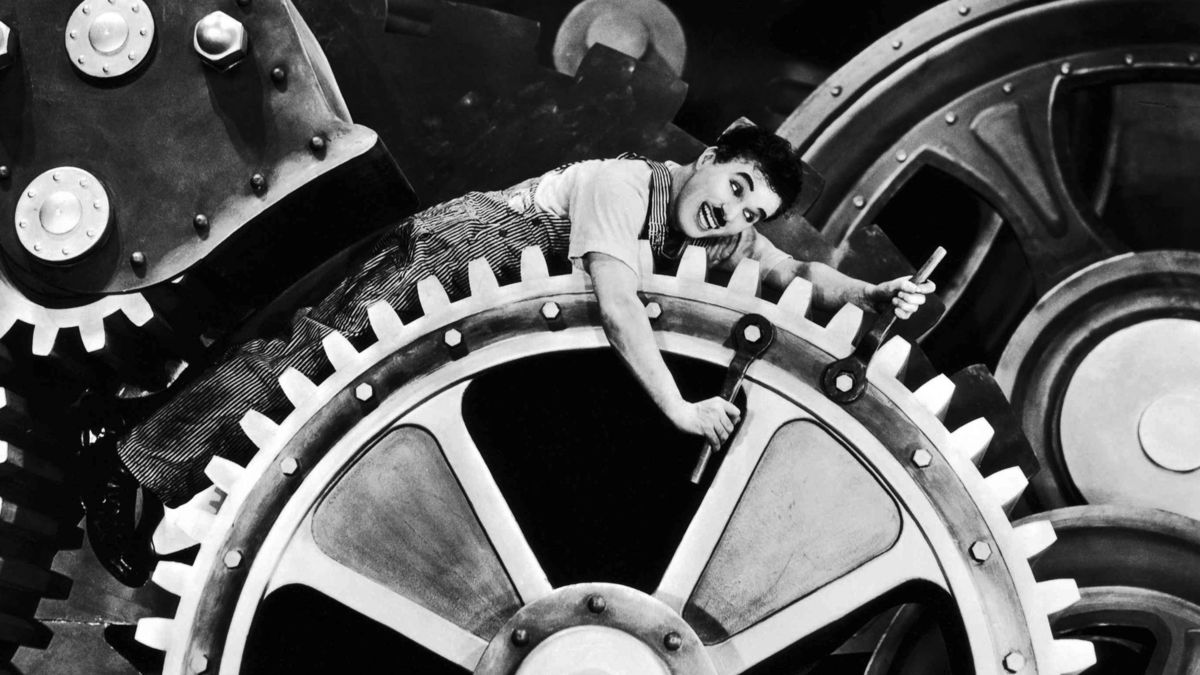 The apparition of computers in offices in the 1960s led to further  concern over potential job losses. The advent of personal computers in the 1980s provoked similar reactions. However,  technology has almost always ended up creating more jobs than it destroys.

David Autor, an economist at the Massachusetts Institute of Technology, explains that the way automation works in practice increases the demand for human workers. In fact, automating a particular task so that it can be done more quickly or effectively requires employees to do the other tasks around it that have not been automated.

For example, during the Industrial Revolution, more and more tasks in the weaving process were automated. Workers had to focus on the things machines could not do, such as operating mechanical devices and tending them to ensure effective functioning.

This made the cloth production grow dynamically, and the amount of coarse cloth a single weaver could produce in an hour increased by a factor of 50. Cloth became cheaper, and the demand for it increased, which in turn created more jobs for weavers. Technology gradually changed the nature of the weaver’s job, and the skills required to do it, instead of replacing it.

As Boston University economist James Bessen points out, “rather than destroying jobs, automation redefines them, and in ways that reduce costs and boost demand.”

It can be assumed that, similarly, the increasing usage of digital devices requires more and more human expertise. We need people with technical skills to invent and program mechanized systems and hardware. More human labor will be required to maintain, update and fix automated devices.

Recent technological progress significantly increased the demand for programming jobs. Also known as  coders, programmers  write, test and maintain the detailed structures that computers and other digital devices must follow to perform their functions. They also conceive logical programs to solve problems by computers.

A 2016 report from Burning Glass, a labor market analytics company, found that there were 7 million job openings in 2015 in positions that required coding skills. The document also revealed that programming jobs in the United States were growing 12% faster than the market average.

The firm used data collected from 26 million online job postings in the United States and examined  the labor demand for coding expertise in order to reveal the specific occupations and skills that employers are seeking. Interestingly, half of programming job opportunities are in industries outside of technology, such as finance, design, manufacturing and health care.

As companies increasingly become dependent of digital devices, information technology departments spring into existence, creating several new jobs. Businesses of every sector now need network administrators, web developers and field service technicians. These occupation titles did not exist 30 years ago, and it is possible to think that technology will spur the growth of  entirely new job categories over the next years. 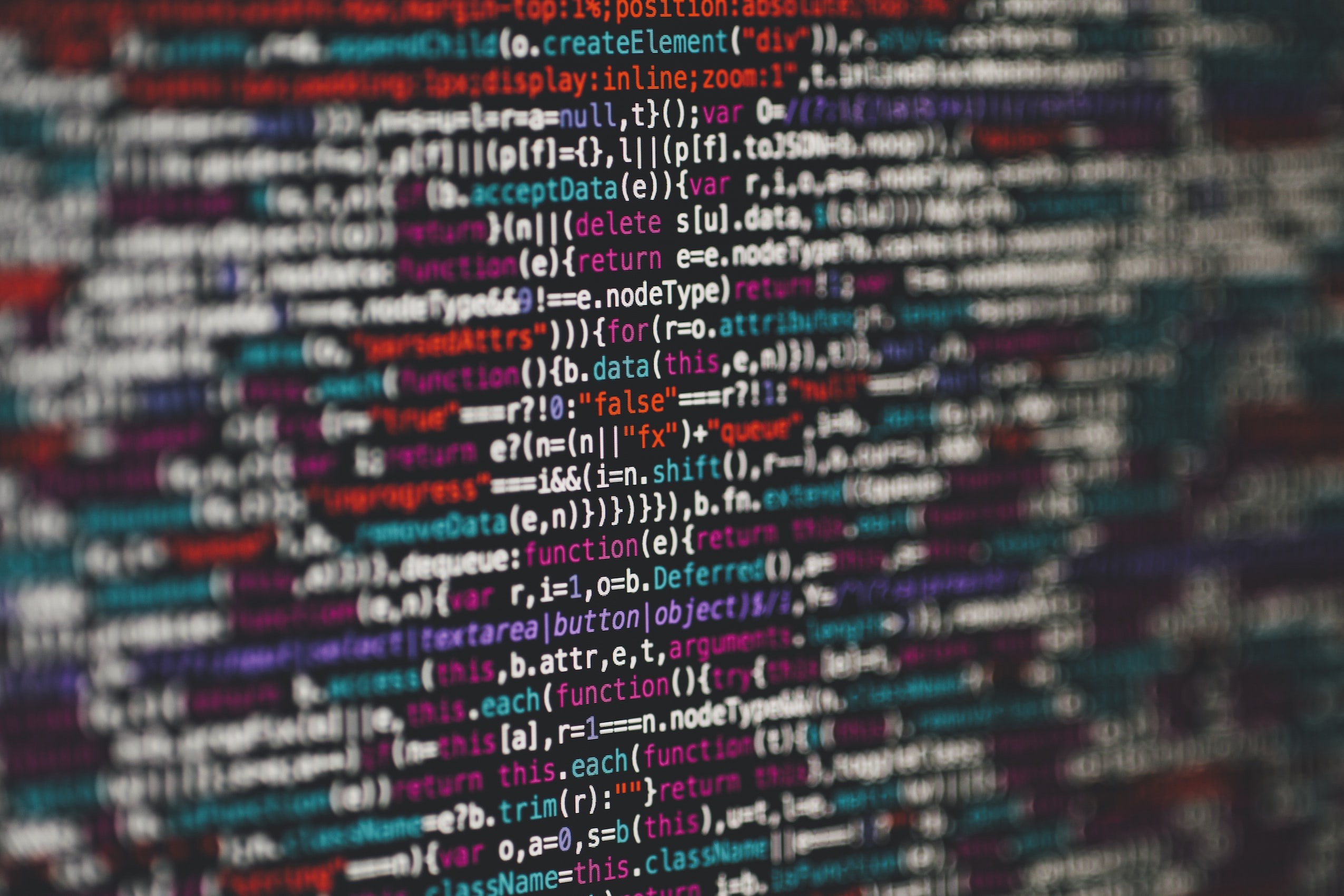 Before leaving the White House, President Obama  commissioned  a report to examine how the current wave of artificial intelligence will affect the economy in the years to come. The study suggests that automation might create jobs in repairing and maintaining automatic systems, supervising artificial intelligence and in reshaping infrastructures for new technologies like self-driving cars.

While it is difficult to predict future job growth that depends of technologies that do not exist today, the results are a good indication that increased automation will provide multiple job openings.

Rather than increasing unemployment rate, the constant progress of technology might actually create an impressive amount of career opportunities. It is even possible to think that programming jobs will become an advanced form of the current working class.

Humans needed to maintain and repair robotic devices are the evolution of the traditional repairmen. Since it is probably more complex to fix robots than, for example, traditional appliances, more people will have to occupy these new functions.

The progress of automation can even provide alternatives to workers hit by deindustrialization and unemployment. People who lose their jobs in precarious sectors could in fact turn to information technology occupations.

Over the past years, coal industry has significantly declined in the United States, and tens of thousands of coal miners have been laid off. These jobs will most likely be hard to bring back, as coal's role in American electricity is fast diminishing.

In Kentucky, mining veteran Rusty Justice came up with a plan to put miners back to work. He cofounded BitSource, a software development company, and built workforce by training and displacing former coal industry workers in web and software development. The retrained employees now program and design websites, games, tools and apps.

BitSource proves that technology can have a positive impact on employment, and that manual laborers can adapt quickly to different kinds of occupations.  Justice's employees turned out to be  extremely talented programmers because they are accustomed to deep focus, team work and using complex engineering technology.

The potential effects of technological advances on the labor market give rise to a highly polarized debate. It may be hard to figure out who is right between the ones who think that mechanization will completely replace human workforce and those who insist that technology always creates more jobs than it destroys.

The truth possibly lies somewhere in between. Automation might not cause mass unemployment, but it will inevitably redefine the job market and require workers to learn new skills more quickly than before. To make this process easier, companies and elected representatives could possibly invest in programs to help workers acquire skills and switch occupations when needed. That would be the best protection in the event that the impacts of automation turn out to be more drastic than expected.

Striving for the Perfect Balance

A Millennial Redefinition of Adulthood